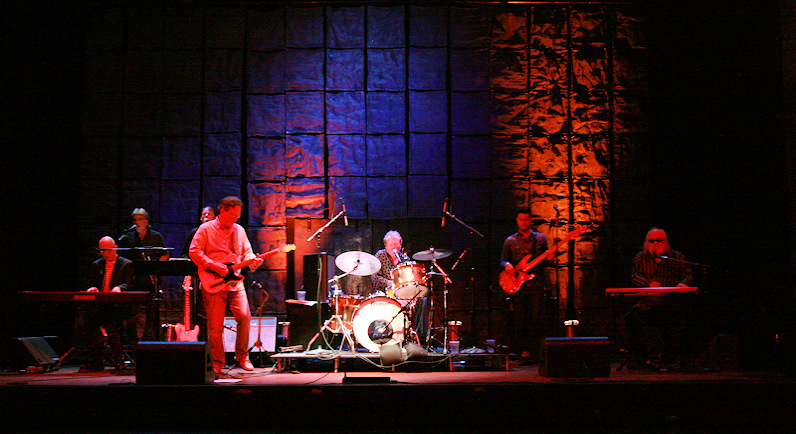 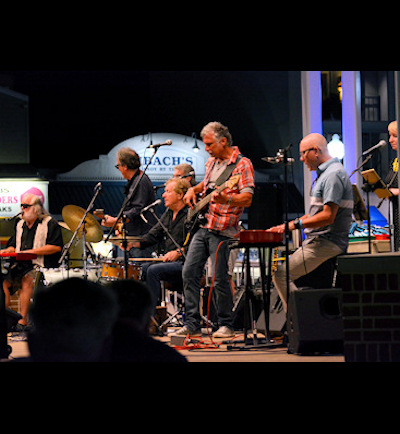 Vinyl Shockley is a six-piece band that plays original music inspired by the rhythm and blues of the 50’s, 60’s, and 70’s that came out of Memphis, Muscle Shoals, and New Orleans. Ed Shockley was headed in that direction out of the mid-80’s, even before the genre had the name ‘Americana’. He had been writing songs that didn’t fit into anything else anyone was doing at the time. Over the course of releasing 4 CD’s: vinyl shockley, Wild Hair, Keep Singing and Vinyl Covers, the line-up has changed, but the direction has remained the same. As a singer, Shockley has been compared to K’eb Mo and Van Morrison. Because he’s a singing drummer, he also gets compared to Levon Helm. “Van and Levon are two of my heroes, so be careful how you talk about them” Shockley replied. Joining Ed on guitar and as co-writer is Kevin Walsh. 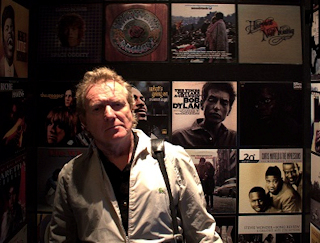 Ed Shockley has been making music professionally since he was barely a teenager. He has spent his adult life writing and recording music with bands as a lead vocalist and drummer. At the same time, Ed has recorded and performed live, supporting dozens and dozens of talented artists.

Here is a musical trail of what Ed has been up to.  Ed was a founding member of Jack of Diamonds. Starting out as the back-up band for Bearsville Records “Jesse Frederick” the band went solo and over the next 10 years evolved into an all original band that played throughout the Mid-Atlantic region. Their album and song, Dodge City, has become famously associated with the Delaware and Maryland beach scenes of the late 70’s and early 80’s.

Ed moved to Manhattan in 1983 and soon joined the band Cries. He recruited Keith Mack and brother Michael Shockley to join in and they signed a record and publishing deal with BMG, recording an album for RCA.  Although that record had some legs internationally, it was never released in America. Over those near 20 years in NYC, Ed had the opportunity to do a lot of session work (playing on dozens of recordings, singing on jingles and appearing on stage and on television).

After Ed and his wife Jill’s son was born – the three moved back to Delaware, living in Wilmington because of its close proximity to NYC, where they still worked. It was during this time that Ed re-connected with old friends Kevin Walsh and Dale & Dennis Melton and recorded the first CD as Vinyl Shockley. Over the next few years, Ed and Kevin would write and record 3 more Vinyl Shockley CDs.

A boy’s night out with high school and college friends turned into a 20-year party as The Funsters continue to defy gravity. Sherman Ward invited all of his musical friends from Delaware to join him at an event at Liberty Place in Philadelphia – the rest of the story is history – as Sherman, Greg Mack, Dickie Messick, Tommy Houska, Keith Mack, Ken Tonge, Jon Fletcher, Greir White, Martin Lemaire, and Ed continue the fun.

A songwriting relationship between Ed and award-winning composer John Thompson blossomed into a band – The Reminders – with the addition of Kevin Short.  Look for the release or their 5th CD, “Distilled Spirits” in the fall of 2019.

You can also catch Ed in concert and in select restaurants performing solo, singing and accompanying himself on piano, playing his own music and other chestnuts he has collected over the years.

Ed is humbled by the recognition of his life in music. He received the Rehoboth Beach Jazz Festival’s Artz Award in 2005 as “Ambassador of Music” and recently was featured on the cover of Delaware Today magazine as a “Legend of Rock”.  Giving back is near and dear to Ed and he has been closely involved with several non-profits – ReadAloud Delaware, Juust Sooup Ministries and The Cape Community Fund.

If you’re looking for Ed, he’ll be easy to find – probably making music. In addition to Vinyl Shockley, Ed plays in several bands and you can see his full schedule here. 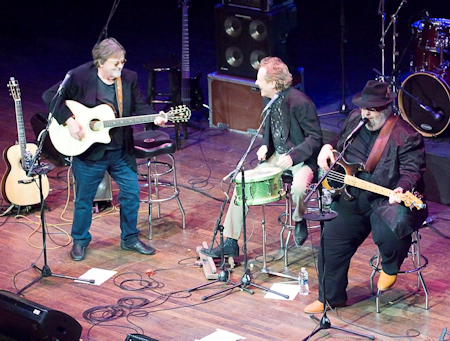 The blending of their voices, their personalities and their takes on life, mixes itself up into something tangible. You’ll feel it when you hear them – like the taste of the salt spray in the air where they live, in three small towns on the Atlantic coast of Delaware. Hearty Americana, leathery Country, and bluesy Gospel would come close to describing the sound.  Visit The Reminders website. 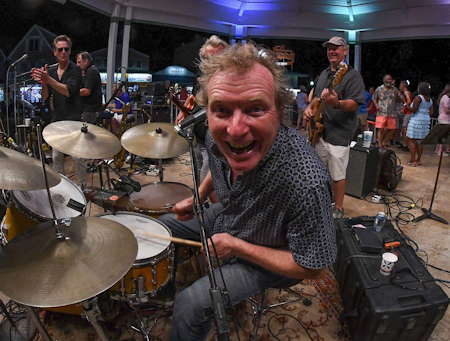 It would be hard to find a band that has more fun than The Funsters. That is why they are still entertaining thousands of people after 20+ years of playing together. In this ten-piece band, there has not been one personnel change in twelve years. That tells the whole story to the secret of The Funsters’ success. Not only are these guys great musicians who share pride in each other’s musical abilities, but they are also friends. This spirit and camaraderie on stage are what sets The Funsters apart from other bands offering the same type of musical entertainment. Visit The Funsters website.